The Centre of Inter-departmental Research for Political-Constitutional Studies and Comparative Legislation (CRISPEL), which was created in 2003 and is now named after its founder Giorgio Recchia, was set up at the University of Roma Tre by the present Departments of Law and Political Science, with the aim of promoting study and research in the political-constitutional field and in comparative legislation, to assist the work of public, private, international, European and Italian institutions.

Along with its research and consultation activities, CRISPEL has been responsible for many projects designed to recognize the work of gifted young scholars through special prizes and study grants, and for organizing specific cultural events, such as the presentation of books, debates on topics of current interest, conferences and seminars.

CRISPEL also acts in the field of higher education, organizing talks, study days and other events with teachers of national and international fame, as well as internships in Italian and European institutions, designed to give particularly deserving young people the chance to increase their cultural and professional experience, partly with a view to their entry into the world of work.

In 2011, the Centre also set up a publishing venture consisting of two independent sections: one on Italian and European Public Law, edited by Franco Modugno, and one on Political Science and Comparative Politics, edited by Pietro Grilli di Cortona.

Professor of Comparative Public Law and Italian and Comparative Constitutional Law at the Faculty of Political Scieence in the University of Roma Tre, he also taught Institutions of American Public Law, Organization of Public Powers, Public Law, Regional Constitutional Law, and Regionalism and Federalism at the New York Law School in Bologna. Immediately after graduating, he began to develop his interest in comparative law, thanks to frequent periods abroad. As well as many publications and lectures on topics of public law, he encouraged and organized many research groups as well as being member of numerous institutional bodies, and was also Sub-Commissioner of the National Research Committee. 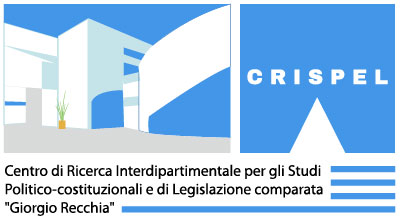